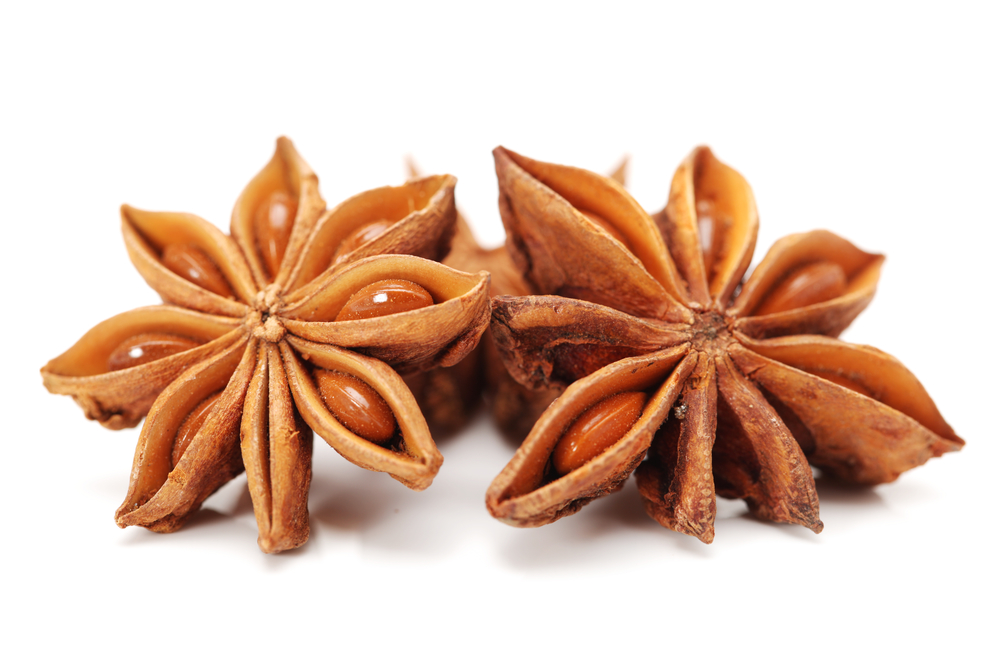 Though star anise is used as a spice, and rarely used in high quantities, it has significantly amounts of fiber in it that can be of benefit to anyone. You are likely to use only a little in your food, but when it comes to fiber, every little bit counts. Fiber bulks in the colon and along the intestinal tract, attracting water and preventing fecal statis. Fecal statis is just a fancy way of saying constipation, since the feces are unable to move anymore and harden and become difficult to pass. Water and fiber are essential for prevention of this.

2. Acts As A Mosquito Repellant When Ingested

Studies have shown that a compound found in star anise, anethole, functions as an effective insecticide outside of the body, but also when ingested. This is unique, since many repellants require application to the skin to work, but consumption of star anise helps you from getting bitten by mosquitoes and other insects, as it has insecticide properties. Regular consumption of star anise hence makes you insect proof, a welcome addition in tropical climates that have to suffer from insect bites year round.

New mothers sometimes have a difficult time producing milk following the birth of the newborn, especially if delivered via caesarean section or if it is their first child. At this time, remedies can be used to stimulate milk production. It is believed that the compound anethole shares a structural similarity to dopamine, which is known to inhibit prolactin release (and milk production). So, by dislodging dopamine and preventing it from doing so, milk production is increased.

4. Can Help Ease Symptoms Of Menopause

During the onset and following menopause, estrogen levels drop significantly and women experience the worst their bodies have to offer. While some women brave the storm, there really is no need to suffer, as estrogen replacement therapy is a valid option. In that same vein, foods that have estrogenic properties can also offer invaluable help in managing symptoms, such as star anise. Adding more of this spice to your meal, baked treats and even steeping in hot water and drinking daily can help ease your symptoms and make menopause less unpleasant.

5. Help Safeguard You Through Flu Season

While most fruits and vegetables (spices included) contain generous amounts of anti-oxidants which boost your immunity and reduce the risk of infection or sickness. However, star anise does all this plus a completely amazing other mechanism, thanks to the presence of a compound known as Shikimic acid. Shikimic acid is a critical pre-cursor component used in the manufacturer of the flu vaccine Tamiflu, and as luck has it, star anise has the highest concentration of this compound found in nature. This is why diets that use a lot of star anise in food preparation can significantly reduce your risk of flu this season.