Latest Blogs
Home beauty Lenny Kravitz: ‘I wore a red suede tunic suit – I knew I was taking a risk’ 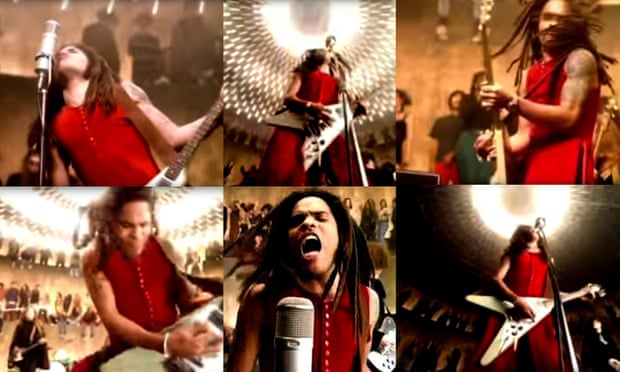 Lenny Kravitz: ‘I wore a red suede tunic suit – I knew I was taking a risk’

In the video for Are You Gonna Go My Way, I wore a red suede tunic suit: a pair of trousers with a long sleeveless top that reached almost to the floor, with buttons from the collar all the way down. We paired it with big platform boots, and I would wear the whole thing for rehearsals to get used to playing in it. The first time I put it on, it felt amazing. It felt powerful and beautiful and ceremonial, and it was perfect for the video.

At the same time, I knew that I was taking a risk. It was very different from what anybody was wearing at that time, in 1993. But people loved it, and when that video came out, it broke down walls. It was the perfect song with the perfect image and it blew up.

The video was directed by Mark Romanek and he wanted to create a kind of rock’n’roll temple. It was a simple space, with beautiful and complicated lighting. It was like the setting of a ritual or a spiritual experience, so the leader of this “service” would have his uniform on. That was the idea behind the design of this look.

The tunic was just a piece of clothing, but it felt like a fashion expression of me at that time, and it set me apart from everybody else.

I didn’t wear that version of the outfit in concert, but I had a black one made that I wore a lot during that era. I played at a big festival in Amsterdam called Pinkpop, and they made me a pink version. The band Living Colour were playing, too, and as I walked to the stage they were teasing me like schoolboys about this pink suede tunic that I was wearing and how silly I looked. But then we went on and gave an amazing show, and nobody had anything to say after that.