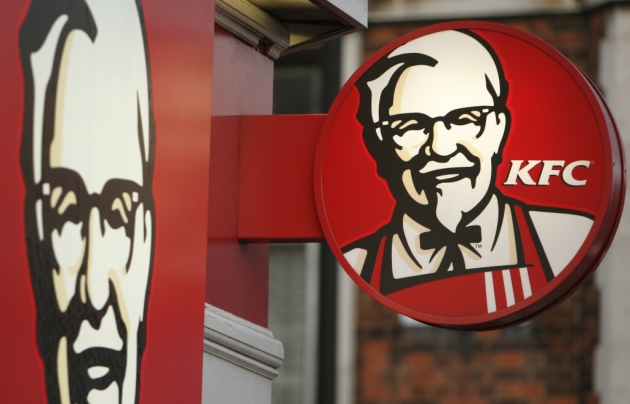 Why are people upset about new fast food restaurants opening? Are they really concerned about public health and pollution or are they just snobs?

I have a confession to make.

During the school six-week holidays I took my children to a Kentucky Fried Chicken drive-thru … two days in a row.

On one of those days we ate in the restaurant and afterwards joined the queue for the drive-thru and bought more chicken.

During 12 years of very dodgy parenting on my part this is clearly a low – I don’t even like KFC.

I won’t go in to the reasons for the KFC obsession in that troubling 48-hour stretch here but it wasn’t simply that I could not be bothered to prepare the children something healthy. That was part of it though.

So imagine the little ones’ excitement at the news that the already omnipresent Colonel Sanders is planning a KFC on every corner of this sceptred isle – and a significant number in East Anglia.

Basically within a few months if you are driving in Norfolk or Suffolk expect to be tempted by that secret recipe of 11 herbs and spices approximately every half mile.

The news comes as other restaurants have announced closures. In Norwich the Riverside complex could be left with several empty units after The Restaurant Group said it was making a heavy retreat from Britain’s high streets.

The trend for mid-priced, usually American-themed grub appears to have gone flat. And yet people can’t seem to cram enough KFC in to their mouths.

Is the boom in fried chicken down to home delivery services like Just Eat and Deliveroo? Or is it the convenience of the drive-thru?

At this stage it is hard to tell.

But, it seems, not everyone is happy about Colonel Sanders’ finger lickin’ fast food coup.

When this newspapers’ business team revealed the news about the new stores the comments section was abuzz with views – mainly opposed to the new restaurants.

Newspaper websites’ comments sections are famously a minefield. Many journalists avoid the comments – but I love them. They are a great way to judge the mood and usually offer up a giggle as well (both from people being intentionally funny and others who are deadly serious).

The concern on the KFC issue seemed to be two-fold: public health and the environment.

Really? Are people sitting in their front rooms watching Emmerdale Farm or some such when this conversation occurs … “What do you want for supper? Shall we eat out? OK let’s go to the KFC drive-thru”. Surely not?

I have only ever gone through a drive-thru during a road trip or as a last resort on the way home from a long day out. Are people visiting them as an alternative to sitting in? I thought it was just if you were in a rush.

And the answer to the health issue? Easy. Don’t eat KFC. Or burgers. Or anything that is bad for you unless you are adult enough to release that it is not super healthy.

But if you decide not to eat fast food don’t lord it over the rest of us. Just enjoy your virtuous nibbles quietly away from me. If people want KFC – let them have it.

“The cost to the NHS” is often the reason trotted out for clamping down on unhealthy lifestyles. But businesses like KFC pay their taxes.

The real reason people don’t like the expansion of brands like KFC is snobbery. The answer is simple. Enjoy your lettuce and keep your nose out.

What You Need to Know About Online Reputation Management (ORM).

How TOP Helps With Finding Clients For Making Money Online With Social Media.

Where You Can Get Paid As A Social Media Influencer Online.

Authors Can Make Money Online By Opting To Sell Ebooks With TOP.

2 Great Reasons To Go With TOP For Content Creation.

3 Benefits You Reap By Doing Translation Services For TOP.

5 Reasons To Go With TOP for All Online Reputation Repair.

4 Benefits To Partnering With TOP Platform For Translation Services Work.

3 Simple Benefits for Advertisers to Registering with TOP.

The Importance of Online Translation Sites.

How to attract Foreign Direct Investments (FDI) in a country.

How To Find The Right Influencer.

Canada expects a 40 per cent increase in citizenship among immigrants by 2024 .