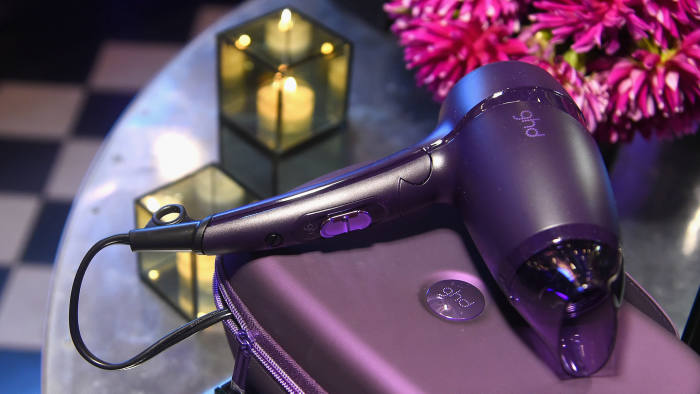 Shares in Coty have risen nearly 9 per cent following news that the cosmetics maker is exploring the sale of its hair and nail products businesses including Wella and Clairol as it seeks to cut its high debt and simplify the company.The company, which is majority owned by investment company JAB Holdings, said in a statement on Monday that it had hired Credit Suisse to run a sale process for the units, which cater to professional salons and are expected to make $2.7bn in revenue this year.

Other brands Coty is putting up for sale are Good Hair Day (ghd) and OPI nail care products. It is also seeking to sell its Brazilian operation and aims to complete the sales by mid-2020.

Coty hoped to fetch at least $8-9bn from the transactions, one person added, and thought that companies in the sector and private equity bidders would be interested in all or parts of the businesses.Shares in Coty, which has a market value of $7.6bn and net debt of $7.4bn, climbed nearly 9 per cent in morning trading in New York on Monday.

They have fallen 5 per cent over the past year to $10.12, below the levels in their 2013 initial public offering. The company’s lower profit margins and weaker growth have left it trading at a significant discount to larger rivals L’Oréal and Estee Lauder, which have seen their shares rise 26 per cent and 47 per cent respectively in the past year.

The mooted sale is the latest effort by Coty’s backer JAB to fix the business, which has been among the weakest in a portfolio that also includes Keurig Dr Pepper and Pret a Manger.

Coty botched the integration of its 2015 acquisition of Procter & Gamble’s beauty brands for $12.5bn and was forced to write down a quarter of the value of the deal. It also suffered supply chain problems last year, prompting its share price to crater and JAB to replace management.

Coty chief executive Pierre Laubies said the asset sales would “reposition Coty as a more focused and agile company, deleverage our balance sheet, and improve our ability to invest in areas with the greatest growth potential”.

If the professional business is sold Coty will be left with its consumer beauty division, which has been struggling with declining sales as mass-market brands such as CoverGirl lose favour with young buyers, and its luxury business that makes fragrances under licence.

The disposal would unload some of the P&G brands as well as undo a series of acquisitions going back to 2010. The professional division brought in about a fifth of Coty’s annual sales of $8.65bn in the year to the end of June. The proceeds from the sale are expected to be used to reduce its net debt to earnings before interest, tax, depreciation and amortisation from more than 5 times to around 3 times.

Additional proceeds would be returned to shareholders, including JAB.JAB, which manages the wealth of Germany’s billionaire Reimann family, increased its shareholding in Coty to 60 per cent from 40 per cent in April as it attempted to draw a line under a difficult period. The problems at Coty also played a role in the departure of Bart Becht, a managing partner at JAB who left the group in January and who had previously served as Coty’s chairman.

why scrutinize when projects seldom fold up and in a system where restructuring means lending more money to evergreen the loans?

Want To Start Selling Your Photos Online? Here Are the Steps to Follow.

The Best Place For Online Ebooks.

3 Steps to Joining With TOP To Get Great Online Reviews.

How Advertisers Can Get More Out Of A Site With TOP.

Shares of Nintendo tumble after it announces a delay in a closely watched video game.

The French patients ‘cured’ with wine.