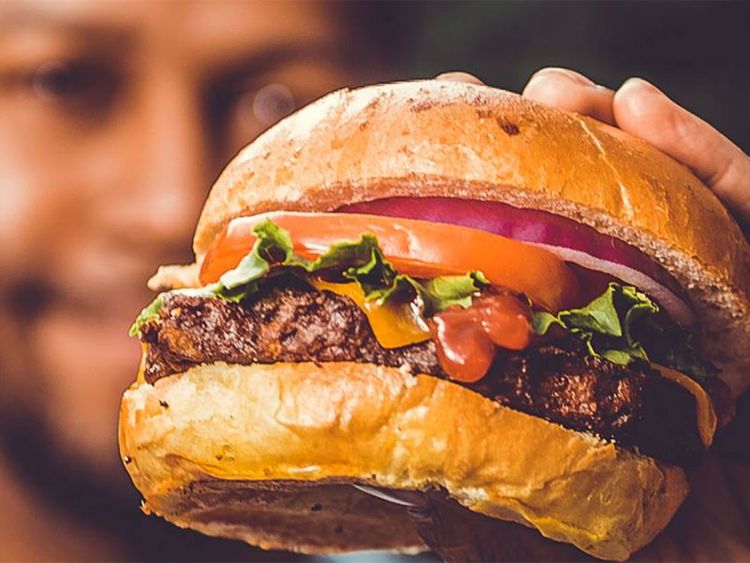 Kellogg plans bleeding burger as it catches up on faux meat

Watch out Impossible: Kellogg Co. is planning its own plant-based imitation meat.

Early next year, Kellogg’s Morningstar Farms will begin selling the “Incogmeato” burger: a plant-based, refrigerated patty made with non-GMO soy that is designed to mimic meat’s look and flavor. It will also start offering new versions of its vegetarian “Chik’n tenders” and “Chik’n nuggets” that the company bills as an improvement over its current chicken-substitute products.

Kellogg Chief Executive Officer Steve Cahillane said the burgers will “sear wonderfully” and “bleed on the grill” – qualities that have helped vault patties from Impossible Foods Inc. and Beyond Meat Inc. into the consumer spotlight. The company plans to place its plant-based burger in the meat case in grocery stores alongside real meat.

Kellogg has for years offered frozen veggie burgers, but patties made with ingredients like black beans and mushrooms were never intended to taste like meat, and its more meat-like Grillers look outdated compared with the newcomers. It’s now playing catch up as Impossible Foods and Beyond Meat latch on to “flexitarian” consumers that are reducing their beef consumption by eating meat-like replacements.

The demand for meat substitutes has boomed as consumers see the products as healthier and more environmentally friendly than beef, with Barclays predicting the global market will reach $140 billion globally in the next 10 years.

Kellogg is still the No. 1 seller of veggie burgers, according to data from Euromonitor, but its market share has slipped significantly, falling to 16.9% last year from 33.3% in 2013, even as its sales have rebounded in the last few years.

“We think of ourselves as the original plant-based food company,” Cahillane said, while acknowledging the company has lost market share.

Kellogg is seeking to offset declines in cereal sales with gains in snacks and frozen foods. Its shares have gained about 12% this year through Tuesday’s close, below the advance of the S&P 500 Index. Kellogg shares were little changed at $63.64 at 12:56 p.m. in New York.

“We got back on our game the last couple of years,” Cahillane said. “Our goal over the long term would be to maintain leadership and ultimately gain share.”

“Having more companies that offer great-tasting plant-based meat options is a win for the consumer and the planet,” she told Bloomberg in an email. “It’s also a sign that retailers will have to make more room on the shelf.”

Beyond Meat, for its part, welcomes the added competition.

“It’s a good sign for the category, we are all collectively growing,” said Seth Goldman, executive chairman of Beyond Meat, when asked about new alternative meat products during a recent interview at Georgetown University’s Business for Impact, part of the McDonough School of Business.

Beyond Meat’s success will not be easily replicated, he added.

“I ask people to consider all the innovation work to get where we are,” he said. “Those bigger companies have bigger R&D budgets but they don’t have the level of focus.”

The Online Publishers (TOP) is an International Campaigner and Online Lobbyist operating in over 120 countries and 65 languages.

The Online Publishers TOP Platform Is No. 1 Choice for Press Release Distribution.

Want To Start Selling Your Photos Online? Here Are the Steps to Follow.

4 Reasons All Photographers Need To Sign Up With TOP.

3 Reasons Top Is A Leader For Ebooks To Read.

3 Reasons To Advertise With TOP as Soon As Possible.

2 Main Reasons To Think About Going With TOP Translation Platform

3 Reasons To Start Getting Online Reviews With TOP Today.

3 Steps To Making More Money Online With Translating Through TOP.

How & Where to Gamble When Travelling in the Middle East.

Hiccups in a newborn could mean their brains are developing say researchers.

How to find out if you’re eligible for Italian citizenship by descent.